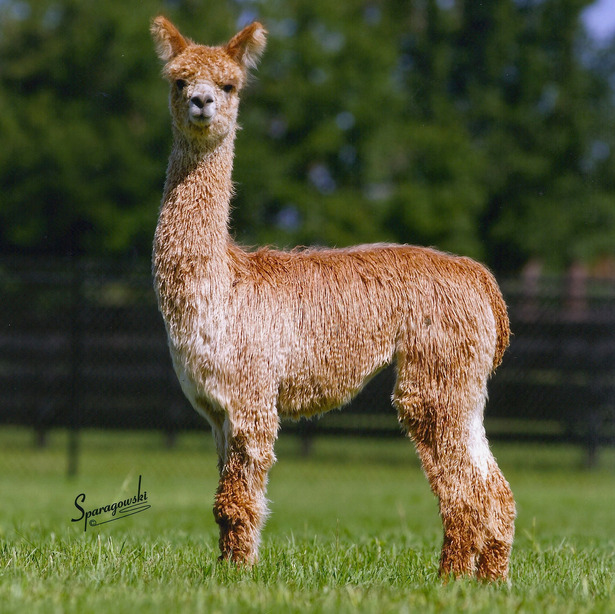 Beloveds Farm Astara' is a Stunning fawn female Suri. She is sired by Sierra Bonita's Sirius Black, a full Peruvian Macgyver son. Astara's dam is WLK Sophora, who has and extensive Champion show record, out of WLK Contessa who has produced several Champion off spring like five time Judges Choice-Spectacular and two time Futurity Color Champion as a juvenile and as an adult in 2013 Maxumius. Beloveds Astara' is AWESOME! She is dense, with consistent lock structure and luster you can see from a distance. She is well balanced from her wedge shaped Suri head, along her straight topline and down her legs.
This incredible Suri female has elite fleece characteristics that you would expect to see from these top bloodlines.